Energy Security is a critical component of national security. In the US, both the DoD and the DoE work together to make sure that the military apparatus has all the energy it needs.

"Over-reliance on petroleum is a critical strategic vulnerability for the Navy. Almost 75 percent of the energy consumed by the Navy is used afloat in our ships, aircraft, and vehicles, and close to 60 percent can be attributed to liquid petroleum-based fuels. Nationally, the U.S. produces 10 percent of all petroleum yet consumes approximately 23 percent, importing more than half of its liquid fuel supply. Globally, demand for petroleum continues to rise ... the U.S. currently imports almost a quarter of its oil from these regions, leaving the Navy and the nation vulnerable to petroleum markets where unforeseen events, both natural and man-made, often disrupt supply."

Energy Security is having assured access to reliable supplies of energy and the ability to protect and deliver sufficient energy to meet operational needs afloat and ashore. Tactical energy security can be increased by decreasing overall fuel consumption, increasing the fuel efficiency of tactical systems, and using alternative fuels. 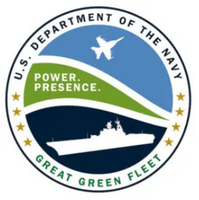 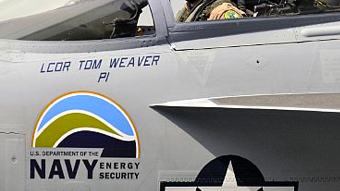 Sustainable Maritime Security Innovations is our latest venture totally dedicated to engineering & investments in the field of sustainable maritime security.

As maritime activities are becoming more and more eco-friendly & sustainable, also security has to follow suit and adapt to changing conditions, and any strategy cannot be dependent on the availability of energy .. energy must be guaranteed at all times !!

With the precise scope of protecting People, Planet, & Profit in the maritime sector, Sustainable Maritime Security Innovations is the one-stop-shop for inventors, investors, industry, governments, and customers.

Sustainable Maritime Security Innovations is a project based in Tromsø, Norway, the No.1 country in the world for sustainable developments.

(the images are property of their respective owners)